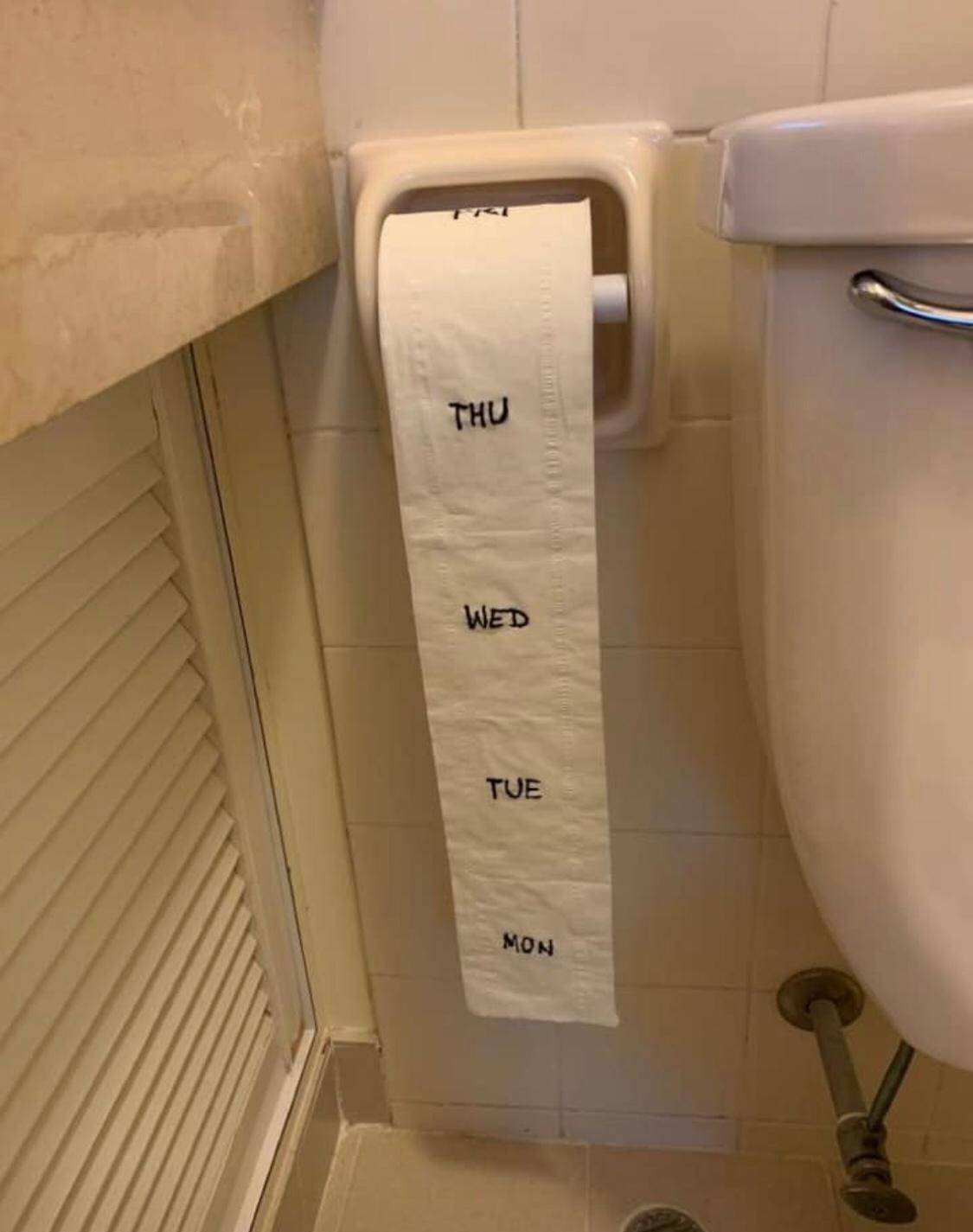 This is an excellent, very short clip. Highly recommended

Perspective: The coronavirus economic downfall will affect those who can least afford it

Why you should stay at home: 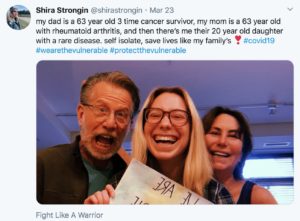 My friend Shira is a superstar with her advocacy for patients with #RareDiseases, and is the founder of Sick Chicks. She posted this selfie partying with her parents. They have a remarkable sense of humor, generosity, and resilience.

Let’s keep them and all the #vulnerable folks in our lives safe.

Another chapter in why medical experts should be making recommendations, not politicians – Chloroquine edition

FDA “has made exception to the import alert” for three of Ipca pharmaceutical facilities, allowing Ipca to supply tablets as well as raw materials for making chloroquine phosphate and hydroxychloroquine sulphate. The U.S. is facing possible shortages of both drugs.

After Trump called the drugs a “game changer” and promised to make them more available, demand surged.

However, under an import alert from the U.S. regulator since 2015, after inspectors discovered multiple violations of its manufacturing guidelines, including “systemic data manipulation” in tests meant to ensure the drugs’ efficacy and safety.

Also worrisome is that the FDA is postponing most inspections of foreign manufacturers of pharmaceutical products, medical devices and food imported into the United States. The inspections will be suspended through April.

All of this when there is NO evidence that chloroquine works. That’s why we need clinical trials.

Finally, India restricted exports of 13 APIs (active pharmaceutical ingredient) and the drug formulations made from them in an effort to protect itself against domestic shortages.

It’s good that trials are rapidly starting all over the world.

Critically important issue. “Religious Freedom” should not trump #publichealth. #COVIDIOTS . Chrissy Stroop is the person to follow on Evangelicals and religious extremism. She explains current crisis in Dangerous quarantine exemptions for churches are not necessary for ‘freedom of religion’

Our communication needs to be clearer: 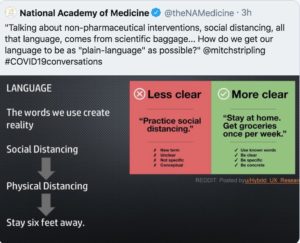 How is Covid19 spread?: Reminder that evidence suggests transmission is almost always by droplet or contact w contaminated surface—not airborne: CDC reported the rate of symptomatic infection among a patient’s household members was 10.5%. The rate among other close contacts was 0.45%. In the case of one particular patient, none of his five household members, although continuously exposed to the patient during the time he was isolated at home, tested positive for the virus.

This smart thermometermight be useful for tracking the spread of coronavirus. Also an interesting new form of future spyware, if one were to worry about such things. The company, Kinsa, said they’re only interested in two things: geographic coordinates and temperature. They don’t want any personal identification details that they can tie to either of those signals, according to Inder Singh, the founder, and it is not very granular (detailed).

How you can help during the #coronavirus outbreak #volunteer

How to support restaurants:

Are you a professional caregiver? We want to support you. Join our FREE, online mindful self care session. CE Credits available. It’s Thursday, March 26th from 1-1:45pm online. Click through to register. ow.ly/JSoN50yRFaZ #caregiving

Here is another COVID19 Symptom checker from Emory University  https://c19check.com/start

App for contacting/tracking people for epidemiology:

To shave beards or not? Bottom line is masks leak from the hair, and men often stroke their beards…when we are supposed to keep hands away from face. I may no longer recognize the men in my life! https://www.latimes.com/lifestyle/story/2020-03-24/coronavirus-beard-facial-hair-good-idea-or-bad

Send meals to hospital, EMTs, police, or other essential staff

our social network had put together over $1500 to send over 100 meals to the teams working in the emergency department at GW.

In my own community, a group of younger and more energetic volunteers have organized meal delivery. The Western Maryland Meal Response Team is supporting at least 75 families. When they announced boxes of food were available, the supplies were claimed (on-line) in 2 minutes, leaving people still in need. Amazing volunteers.

Longread, but good perspective from an ICU nurse 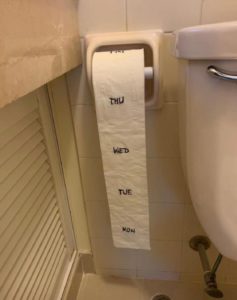 The Onion is a reliable source of irony: 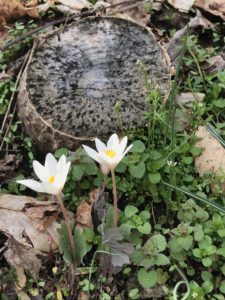 I found this bloodroot in an unexpected place on my walk yesterday, next to a rotting stump. What a pleasant surprise!
And who cannot be cheered by daffodils? 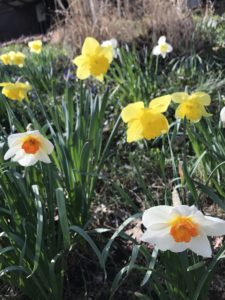 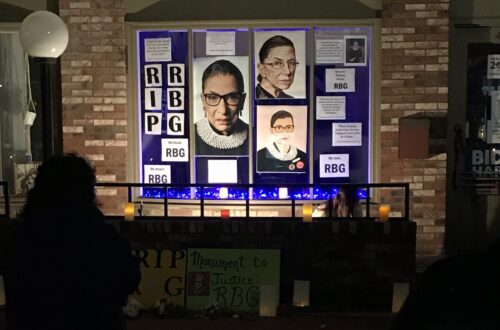 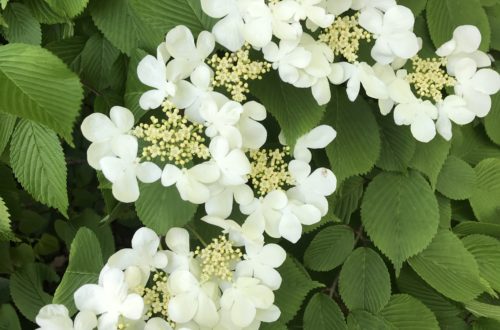 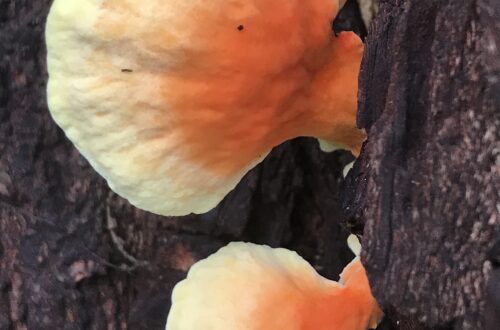