Earlier in September, Reps. Eshoo and Adam Schiff had an op-ed in the Washington Post, “Opinion | China’s grip on pharmaceutical drugs is a national security issue.”

I couldn’t have agreed more. I wrote a letter to the editor, “How a trade war could turn deadly,” published September 19. It was based on my detailed article below, which first appeared in Forbes, last spring:

Do you know where your medicines are made? Have you been switched between different generic forms of your medicine, only to find that you responded differently?

Two recent books have echoed my longstanding concern about America’s dependence on other countries for basic needs and the security of our supply chain for medicines. My concern has heightened with the news this week of a tightening trade war with China and saber rattling about Iran.

Many of the key ingredients for antibiotics are produced only in China. These are called APIs, or Active pharmaceutical ingredients.

As an infectious disease physician, I was regularly hampered by drug shortages. A global shortage of piperacillin-tazobactam, a critically important antibiotic, occurred because of an explosion at a Chinese factory which was the sole source for  its API. The manufacturing of the final drug occurred in India and Italy.

Last month, pharmacists and emergency medical professionals (NAEMS) took their concerns to Capitol Hill. Four-fifths of pharmacy managers surveyed prior to the visit had reported the need to hoard or ration drugs. Shortages were not isolated, but had occurred in more than 50 drugs during the year.

Several types of events can lead to drug shortages, and unfortunately, we seem to ignore lessons from prior events.  We appear, for example, not to have learned enough from the disaster in Puerto Rico from Hurricane Maria. Although Puerto Rico—a U.S. territory—produces 10% of our drugs and a substantial portion of our essential IV solutions (saline),  it has yet to receive a fraction of the aid  needed there. As of last year, forty-nine pharmaceutical companies and more than seventy medical device manufacturers also called the island home. Hurricanes have been increasing in intensity in recent years. Are we any better prepared to for the next strike on the island than we were for Maria? Notably, the pharmaceutical companies themselves provided essential supplies for the thousands of workers they depend on. The companies have invested tens of millions of dollars in cogeneration (cogen) plants to provide power, and in communications systems. These were the two major areas that failed during Maria. While these particular systems are now better, the lack of adequate infrastructure on the island still poses a major vulnerability.

China produces 40% of the active components (APIs) of our medicines. These APIs  then supply much of the Indian market, where final manufacturing of the drugs occurs.  We import 80% of our medicines from India.

Two recent books illustrate why our reliance on these countries for essential medicines is scary—China Rx and Bottle of Lies. Both call attention to issues relating to both drug manufacturing standards and the purity of the products, as well as to our country’s security.

“If China and India decided to simply stop selling raw material to the US – we would not be able to make about 80% of the drugs that we need,” Erin Fox, Senior Director of Drug Information at the University of Utah, told me last year.

Rosemary Gibson’s China Rx focuses more on shoddy manufacturing there and our dependence on China.

I surprisingly found Katherine Eban’s Bottle of Lies scarier, perhaps as it is newer to me. It exposes fraud and lies across the generics industry more broadly, with the same supply chain security concerns. I admire the investigative journalism.

One of my pet peeves with medicines has been the insistence by the FDA and insurers that generics are interchangeable and therefore not allowing patients any choice in the matter. Patients know that some are not interchangeable. Wellbutrin is one example of a drug where severe problems  have occurred with automatic substitutions.

Further, Eban notes that “Without products from overseas, not a single drug could be made.”

The probability of a ‘trade war’ with China could have a cascading impact on essential aspects of the pharmaceutical supply chain. China is increasingly the source for many active pharmaceutical ingredients in essential drugs, especially for the treatment of infectious diseases. Workhorse antibiotics such as vancomycin find their origin in China as do medications used to treat HIV. The best policy to ensure unimpeded flow of crucial infectious disease countermeasures from China is free trade.

A trade war will further jeopardize the supply of antibiotics…It will cause delays and shortages in a health system that is already stressed with pressures on pricing, value of pharmaceuticals and severe shortages in basic essential medicines.

How can we protect ourselves?

One obvious place to start would be stockpiling critically important medications and supplies like saline, syringes and needles, and some medicines. That would help stabilize the supply.

Another would be to develop new business models like CivicaRx, which is a non-profit, non-stock corporation established last year. It is partnering with ~800 hospitals thus far and three philanthropies to help. It’s goal is remarkably altruistic—to address the shortage of essential medicines and counter price-gouging.

I first learned about this at the Association of Healthcare Journalists (AHCJ) conference earlier this month.

Civica will first partner with Xellia, which is based in Copenhagen and owned by Novo Holdings⁠, to make two antibiotics needed for MRSA Staph infections.

Until recently, China was the sole source of the active pharmaceutical ingredient (API) for Vancomycin. Now Xellia will provide the API though factories in Budapest and Copenhagen.

Given my inability to  discover where our antibiotics are made despite repeated attempts over several years, and given how secretive the industry is, I am impressed that Civica lists the source of APIs on its web page. The partnership will also produce Daptomycin, another antibiotic for very resistant infections. They will soon expand to medicines for pain, cardiac issues, anesthesiology, and other indications.

With a trade war with China, we put our antibiotic supply at risk. We need new manufacturing capabilities on the mainland as well as a more rigorous FDA inspections process. 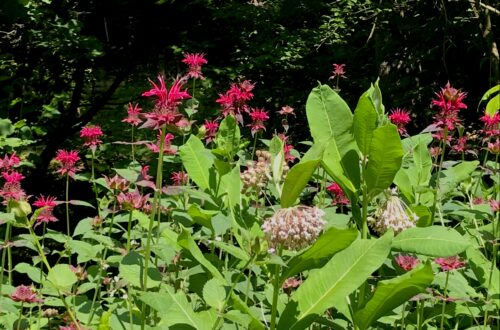