November 9-10 is the anniversary of Kristallnacht, the night in 1938 when violence broke out against Jews throughout Germany. While designed to appear spontaneous, the demonstrations had been carefully orchestrated by the Nazis. In response to an assassination, Joseph Goebbels, the Nazi propaganda minister, orchestrated a “spontaneous” reaction, and sent a teletype with explicit instructions to police and secret service.

In two days, over 250 synagogues were burned, over 7,000 Jewish businesses were trashed and looted. Almost 100 were murdered.

The morning after the pogroms, 30,000 German Jewish men were arrested for the “crime” of being a Jew and sent to concentration camps, where many of them perished.

I fear we are heading toward that tipping point again. There has been a continued barrage of anti-immigrant and antisemitic rhetoric. To no one’s surprise, hate attacks have been increasing.

For those who don’t remember (like I didn’t) Kristallnacht was the proverbial cherry on top. In a dramatic show, the German parliament building burned down on February 27, 1933. This Reichstag fire was used to claim that Communists were planning a violent uprising. The very next day, the Nazis claimed that emergency laws were needed to prevent this. In this Reichstag Fire Decree, civil liberties and constitutional protections were suspended, paving the way for Nazi dictatorship.

Hitler established the Dachau concentration camp March 22, 1933 for political prisoners. March 23, the German parliament passed the Enabling Act. This new law removed the power of legislation from parliament and gave it to the Nazi-controlled government.

Remember when the president claimed we had an emergency on the southern border to divert $8 billion to his beloved wall project in February of this year, after Congress refused his funding requests. Since then, his attempts  to eliminate the balance of power between the branches of government have intensified. McConnell refuses to bring House bills to a vote, including those to improve election security. When asked why, the Senate Majority Leader said, McConnell said, “Because I get to decide what we vote on.” He added, “What is the problem we’re trying to solve here? People are flooding to the polls.”

The administration refuses to hand over documents to House committees or to allow staff to testify before those  committees, further flouting their attempt to block congressional oversight power.

Another major event, to which we see parallels today, occurred in July 1938 in Evian, France. Then, 32 countries recognized the “growing German Jewish refugee problem, and expressed sympathy for those persecuted. However, few offered to extend their quotas or contribute to a practical solution.

In the end, almost no real action came from the conference.

The Evian Conference made it clear to the Nazis that although other countries didn’t necessarily approve of their persecution of the Jews, they would not actively take any steps against the Nazis, or go out of their way to help the Jews and other victims of Nazi Germany to emigrate.” It emboldened Hitler.

What is happening here now?  Are we following the Nazi playbook?

Here are a few examples of recent events that I find chilling:

Although seeking asylum is legal under international law, this administration is blocking asylum seekers, forcing them to stay in dangerous conditions in Mexico, from where they cannot pursue their asylum claims, as you have to be physically present in the United States. Others are placed in inhumane detention camps. We know that at least seven children have died, a marked change, as no child had died in custody in more than a decade. I wrote about this last week in Forbes and encourage you to read it and share.  The current administration is denying children potentially life-saving influenza vaccines and even went to court arguing that children are not entitled to basic sanitation, clean clothes, bathing, and toothbrushes.

In 1939,  the SS St. Louis, a ship full of Jewish refugees, was turned away from the US, Cuba and Canada, and forced to return to Europe, where a number of the passengers were ultimately killed. Reminiscent of the rejection of the St. Louis passengers, the US lowered the limits on refugees to 18,000/yr from 85,000 last month. The administration has also emphasized accepting Christian refugees over Muslims despite our now experiencing   the worst refugee and humanitarian crisis globally since WWII.

Turkey was given free rein to attack the Kurds (a minority ethnic group) in Syria, who have been our staunch allies for decades… The President said he “hoped the Turkish operation [of ethnic cleansing] would be conducted ‘in as humane a way as possible’.”

Trump similarly rejected humanitarian entry of Haitians and those displaced by the Bahamas hurricanes, in addition to Muslims.

Even US citizenship is no protection against the hate-mongering if you are a person of color. Besides the regular police killings of young Blacks, others are increasingly targeted as well.

A Texan teen and US citizen, Francisco Galicia, was held by CBP and ICE for 3 weeks, unable to communicate with his family or an attorney. He was held in crowded, unhealthy conditions and not given access to maintain basic hygiene.

In Milwaukee, a Peruvian born US citizen, Mahud Villaluz, sustained facial burns from an attack with battery acid. The mayor, Tom Barrett, laid the blame directly at Trump’s feet.

Just last week, the German city of Dresden declared a “Nazi emergency” because of worsening racist hate attacks. Here, in Pueblo, Colorado, a white supremacist was arrested by the FBI for allegedly plotting to bomb a synagogue.

I don’t know the answer to this.  I believe it must begin with strong leadership condemning acts of hate and violence, but I don’t know that condemnation alone will be adequate to stop those acts. We need  leaders and “just plain folks” who will emphasize our commonalities as peoples—not incite to violence. We need to teach and live tolerance and the value in multi-culturism.

What are you doing in your communities that might help? 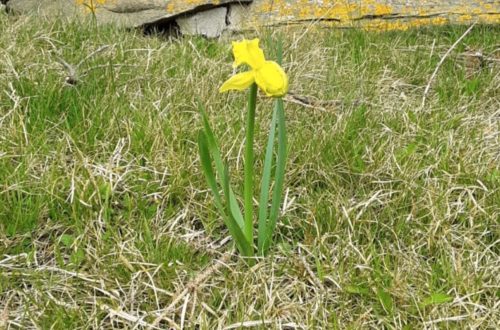