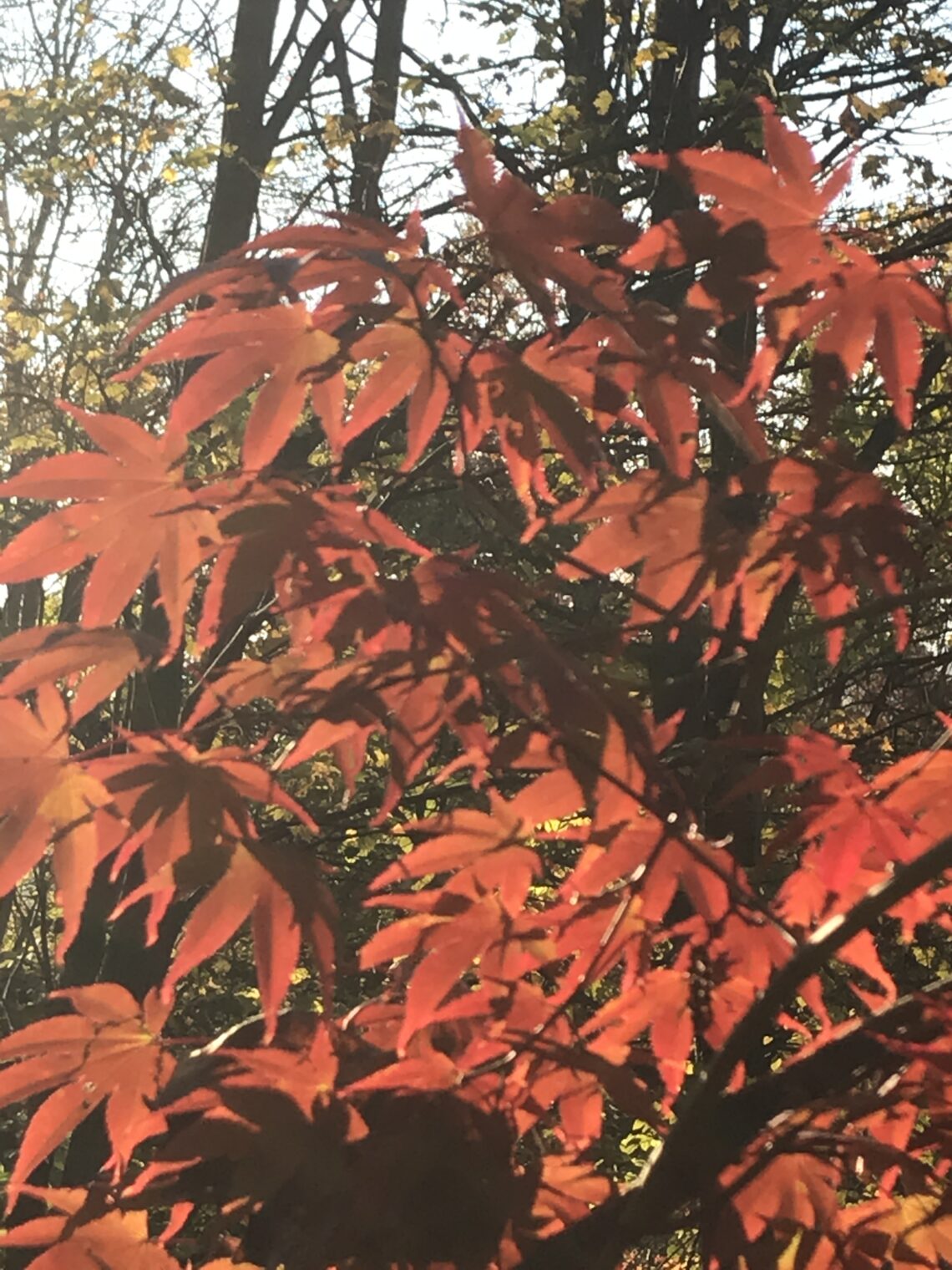 Tidbits will likely be a bit shorter and a little less frequent for the next little bit. I have been immersed in #GOTV, text banking and voter hotline. Took today off, then already found a need for texting again for ballot curing in AZ, and have signed up to volunteer for GA. We need all hands on deck for that one!

My first reaction to the electoral vote counts:

Alleluia, The Great Storm Is Over

words and music by Bob Franke

The thunder and lightning gave voice to the night,
The little lame child cried aloud in her fright,
Hush little baby, a story I'll tell,
Of a love that has conquered the powers of hell.
CHORUS:

Sweetness in the air and justice on the wind
Laughter in the house where the mourners have been
The deaf shall have music, the blind have new eyes
The standards of death taken down by surprise.Release for the captives, an end to the wars
New streams in the desert, new hope for the poor,
The little lame children will dance as they sing,
And play with the bears and the lions in spring...
John McCutcheon: https://www.youtube.com/watch?v=8okHK5W42ig
~ ~ ~

A president who loves to apply superlatives can now claim a RECORD, HUGE and BIGGEST EVER defeat. https://t.co/ZGMcJZdVCG

Teen climate activist @GretaThunberg told President Trump to “chill” with his demands to stop legitimate vote counting.
She used an old tweet of Trump mocking her, and it was savage. pic.twitter.com/ozwYcYHeNg

Health care workers will almost certainly get the first doses of COVID-19 vaccine in the U.S. when one is approved, according to Dr. José Romero, head of the committee that develops evidence-based immunization guidelines for the Centers for Disease Control and Prevention.

That's a decision based on the science of what will quell the pandemic fastest. "It's not just the doctors and nurses that are interacting with patients, but also the support personnel that help," Romero said in an interview Thursday with NPR. "It could include those persons that are delivering food, or maintenance people that could come in contact with them," so they can protect themselves and patients from the virus, and stay healthy to keep the U.S. health care system running.

Romero chairs the Advisory Committee on Immunization Practices, or ACIP, a longstanding CDC advisory group that includes 15 voting members, plus other vaccination experts who weigh in.

The study, published in BMC Medicine, identified four significant predictors of COVID-19 cases in New York City: neighborhoods with higher population densities led to an increase in the positivity rate; neighborhoods with younger populations (under 18 years old) also led to an increase; households with a higher income led to a decrease; and race showed a significant association with detected COVID-19 cases - both a lower percentage of white population and higher percentage of Black population led to increased positivity rates.

How air pollution may influence the course of pandemics

The results show that higher values of exposure to PM2.5 are positively correlated with higher county-level mortality after taking into account over 20 potentially confounding factors. Most notably, they conclude that an increase of just 1 μg/m3 in the long-term average of pollution is associated with a significant 11% increase in a county’s rate of mortality.

The majority of people infected with SARS-CoV-2 appear to actively shed infectious virus for about 8 days, but there is a wide range of variability from person to person. Understanding how long people can remain actively infected is important, because it provides new details about a disease and a virus that are still not well understood and informs public health decisions. Researchers report November 4 in the journal Cell an unusual case of one woman with leukemia and a low antibody count who was infected with the coronavirus for at least 105 days, and infectious for at least 70, while remaining asymptomatic the entire time.

Factbox: What we know about Denmark's mink coronavirus strain

COPENHAGEN (Reuters) - Denmark has discovered a new, mutated strain of the coronavirus stemming from mink farms in the northern part of the country, which authorities say could evade future COVID-19 vaccines.

To prevent human contagion, the government ordered the culling of the entire mink population of 17 million in Denmark, one of the world’s biggest mink pelt producers.

America, I’m honored that you have chosen me to lead our great country.

The work ahead of us will be hard, but I promise you this: I will be a President for all Americans — whether you voted for me or not.

I will keep the faith that you have placed in me. pic.twitter.com/moA9qhmjn8

Anderson Cooper: "That is the president of the United States. That is the most powerful person in the world. We see him like an obese turtle on his back flailing in the hot sun, realizing his time is over." pic.twitter.com/Az8Gp22wfJ

This is not over. For we shall mount our righteous stand at Four Seasons Total Landscaping. Next to Fantasy Island Adult Books. Across the street from the Delaware Valley Cremation Center. Between the fire extinguisher and yellow hose. #MAGA pic.twitter.com/hxuAsbEjXi

Major medical societies — which included the Infectious Diseases Society of America, HIV Medicine Association, Pediatric Diseases Society, and the Society of Healthcare Epidemiology of America — represent more than 14,000 infectious diseases and HIV physicians, scientists, researchers, and other healthcare and public health professionals throughout the country.

“This proposed policy change would severely affect the dwindling number of J-1 physicians’ availability to deliver infectious diseases care for patients and further jeopardize the nation’s ability to effectively respond to the COVID-19 Public Health Emergency,” leaders of the organizations wrote in a letter.

"Already, the number of physicians specializing in infectious diseases and HIV falls short of need, according to the letter writers. Of those who remain, about a third entering these fields came from outside the country on J-1 visas. The writers pointed to their contributions to the field, from research to patient care and help for the underserved."

A small plasma company without an office or credibility -- but with connections to a former Republican senator -- has been awarded potentially millions of dollars more than it requested by the Trump administration to produce antibody therapies for COVID-19 treatment, according to the Associated Press.

Plasma Technologies LLC is run by Eugene Zurlo, a former pharmaceutical industry executive "and well-connected Republican donor," the newswire reported. Former Pennsylvania Sen. Rick Santorum (R) is a part-owner. The company's address was traced to a condo owned by Zurlo. It purports to turn human plasma into protein-heavy antibody therapies that could treat COVID-19 patients, but its major initiative failed a few years ago.

The administration awarded the company $65 million after Santorum lobbied on its behalf, according to the AP. His initial pitch, to HHS, had been rejected in the spring after experts "didn't see Zurlo's technology as worthy of millions in emergency pandemic funding." So Santorum then lobbied the Department of defense, asking for $51.6 million to construct a plasma facility in Raleigh, N.C.

HHS eventually granted $750,000 in seed money, with as much as $65 million going to a commercial facility. It is unclear where the additional money would come from or why it was needed.

Georgia on my mind pic.twitter.com/QKvOjA2LL0 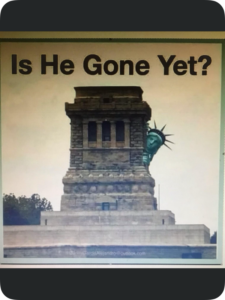 ”So keep fighting for freedom & justice, beloveds, but don't forget to have fun doin' it. Lord, let your laughter ring forth. Be outrageous, ridicule the fraidy-cats, rejoice in all the oddities that freedom can produce. And when you get through kickin’ ass and celebratin’ the sheer joy of a good fight, be sure to tell those who come after how much fun it was."

We all know about Joe Biden’s love of Seamus Heaney. So myself and VT editors Meabh Kearney and Cliona Higgins put this together to wrap this historic day for @rtenews pic.twitter.com/32oT0nAvkS

This just made me cry in public under my mask. pic.twitter.com/o9pc5WWvj8 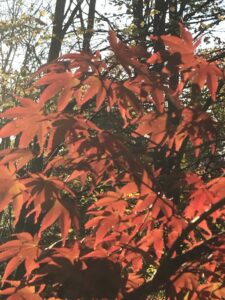 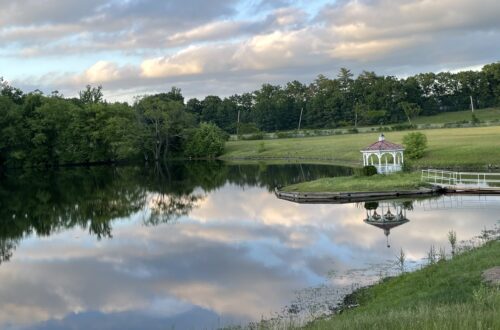 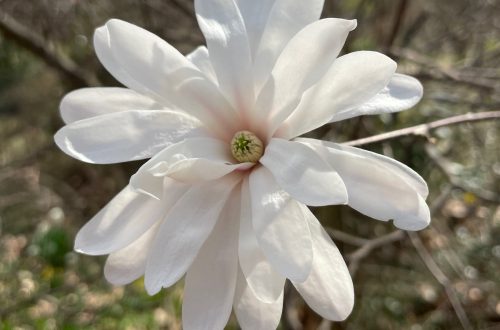 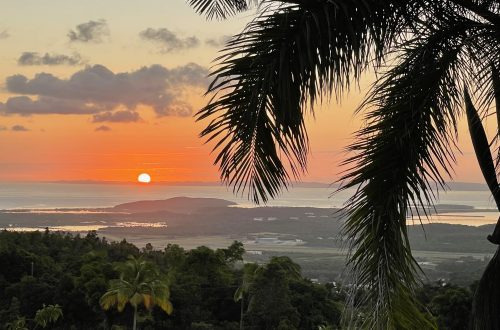