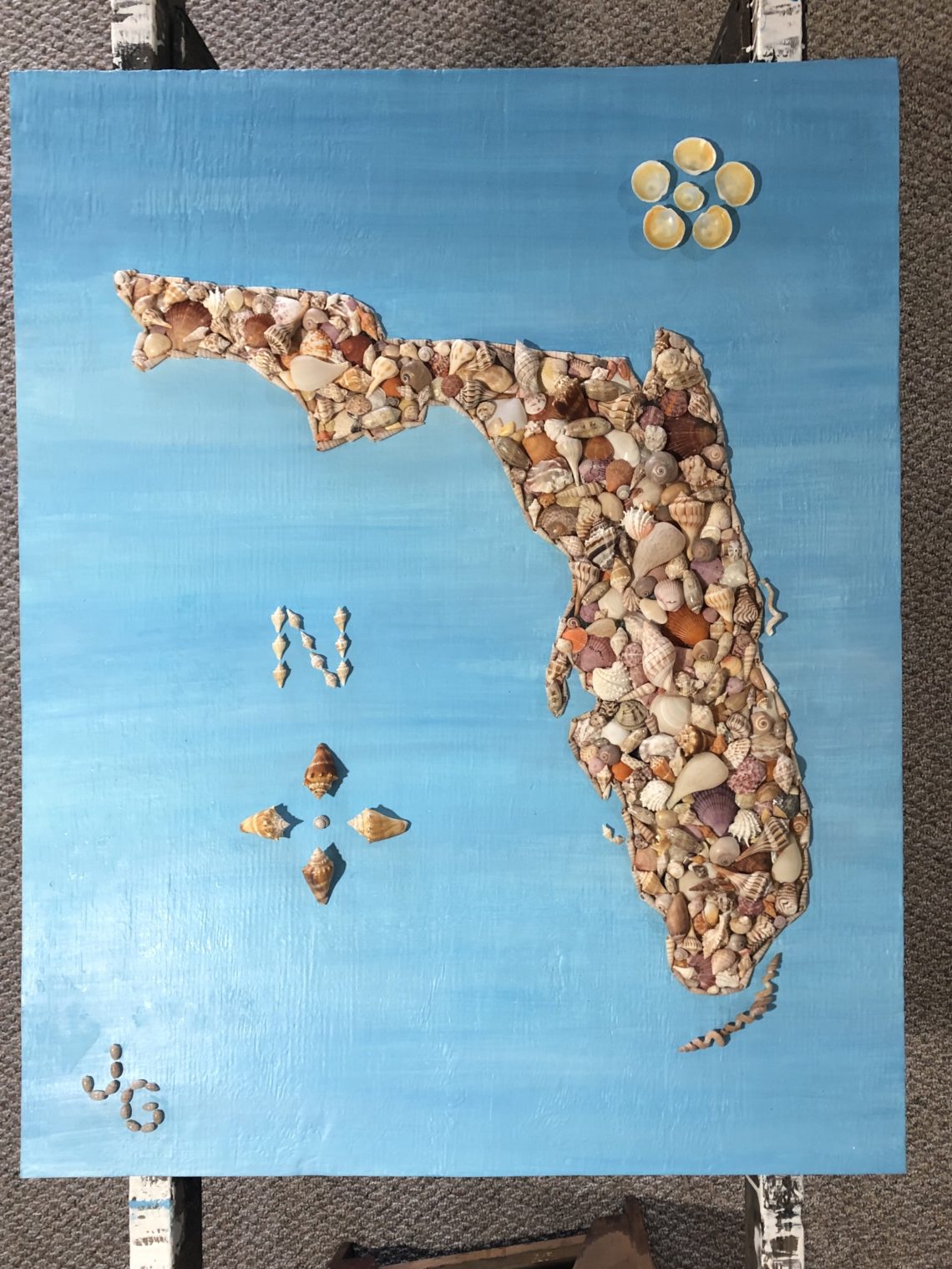 Honored to have been cited by New Yorker author Jane Mayer in her long read, "How Mitch McConnell Became Trump’s Enabler-in-Chief" and in her interview w Terry Gross on NPR's Fresh Air from WHYY.

Trump suggests any relief for states hit hard by COVID will require ending "sanctuary city" policies and turning residents over to ICE.

“We would want certain things” as part of a deal with House Democrats to aid states, he said at a White House event on Tuesday, “including sanctuary city adjustments, because we have so many people in sanctuary cities.”

He also told reporters he would seek to shield meat plants from legal liability if they are sued by employees who contract coronavirus while on the job.

So far, more than 4,400 meatpacking workers have tested positive for the virus, and at least 18 have died.

State health investigators are tracking 159 coronavirus infections tied to the Cactus plant, including one death associated with the outbreak, and Moore County now has the highest reported infection rate in Texas. Yet about 3,000 workers, mostly immigrants from Mexico and Guatemala and refugees “Maybe 99% of workers are immigrants,”...

plant workers say that management was slow in telling them — or the public — when their co-workers began testing positive, and those who came in contact with the sick were not always informed of their exposure...JBS had instructed his wife not to disclose to her co-workers that she had been infected

Iowa Gov. Kim Reynolds (R) said in her state, it will be considered a “voluntary quit” if an employee refuses to return to work once businesses reopen, thereby losing access to unemployment benefits. A similar situation will soon play out in Texas. mavenroundtable.io/theintellectua…

Note--this is even if they are returning to unsafe working conditions...and Trump wants to remove liability from employers for this.

Of the 12 antibody tests that were studied by the COVID-19 Testing Project, one of the tests gave false positives more than 15% of the time, or in about one out of seven samples. Three other tests gave false positives more than 10% of the time.
"That's terrible. That's really terrible," said Dr. Caryn Bern, one of the authors of the study that looked at the 12 tests.
She said while it's unrealistic to think all tests will be 100% accurate all the time, their false positive rates should be 5% or lower, or ideally 2% or lower.
When it became clear that Covid-19 was starting to whirl out of control, the FDA loosened its approval standards in order to get more antibody tests out on the market quickly.
The agency started to allow companies to sell tests without first providing evidence that they worked.
cnn.it/3aPXh4C
~ ~ ~
Admin is blaming China for testing and problems w efforts to make a vaccine.
Dr. Tara Smith: "Excuses. Especially for the diagnostic test, you don't need a live virus when the sequence had already been shared." cbsnews.com/amp/news/state…

Some good -- but mostly mixed news -- on remdesivir.

The NIAID study is a phase 3 randomized, double-blinded clinical trial comparing use of remdesivir with a placebo in 800 COVID-19 patients. The primary outcome is time to recovery.

The good news: severely ill patients on remdesivir recovered in 11 days, compared with 15 days for patients receiving a placebo. However there was no significant difference in mortality (8% vs 11%)

Reporting leaked trial results earlier this month, Stat News reported that a Chicago hospital treating severe COVID-19 patients enrolled in two phase 3 trials was seeing rapid recovery in fever and respiratory symptoms among those treated with remdesivir. This "trial" was not blinded and had no control arm.

The bad news: a small (237 pt) Chinese study, published today in The Lancet Infectious Diseases, "found that intravenous remdesivir did not significantly improve the time to clinical improvement, mortality, or time to clearance of virus in patients with serious COVID-19 compared with placebo."

‘Our time has come!’ Proponents of drinking bleach are giddy about Trump’s disinfectant comments

They have been promoting "Miracle Mineral Solution" as a "treatment" for autism for years, though it is dangerous and turns into chlorine dioxide.

Georgia teens will no longer need to pass a formal driving test to get a driver's license due to the pandemic.

They will only need parents approval: bit.ly/2ybwbYu

"The Centers for Disease Control and Prevention recently said lower-grade surgical masks are “an acceptable alternative” to N95 masks unless workers are performing an intubation or another procedure on a COVID patient that could unleash a high volume of virus particles."

As of April 23, more than 21,800 health care workers had gotten the coronavirus and 71 had died, according to a House Education and Labor Committee staffer briefed by the CDC.

The CDC’s advice contrasts with another CDCwebpage that says a surgical mask does “NOT provide the wearer with a reliable level of protection from inhaling smaller airborne particles and is not considered respiratory protection.”

But surgical masks, designed to protect patients from a surgeon’s respiratory droplets, aren’t effective at blocking particles smaller than 100 microns, according to mask maker 3M Corp.

A COVID-19 particle is about 1 to 4 microns, according to recent research.

Masks are cleaned with vapor-phase hydrogen peroxide, aerated and then sent back to the originating hospitals. The decontamination process takes about 12 hours. A mask’s round-trip journey from a hospital to Battelle in Ohio and back again can take about 10 days.

“It’s not accurate to say that reprocessing respirators is as good as purchasing 20 of them,” said Dr. Patrick Kenney, medical director of Yale-New Haven Health’s supply chain, who has also researched decontamination technology and processing. “This is not a renewable resource. The respirators are intended for single use.”

In fact, in its letter designating emergency approval, the FDA specified that Battelle’s decontamination system “may be effective” at protecting wearers but advised it specifically for “when there are insufficient supplies.” The Centers for Disease Control and Prevention also recommends reuse “only be practiced as a crisis capacity strategy.”

When workers reuse and re-wear the masks, they can lose their shape, which undermines the quality of fit and renders them less protective. For some masks, per an N95 report on hydrogen peroxide, fit quality declined substantially after just five uses. For others, it took 15 wearings to see a meaningful difference.

At Yale-New Haven, Kenney said, the hospital discards 20% to 30% of respirators that could have been refurbished before they hit the 20-reuse mark because they had sustained too much wear and tear. Battelle’s 20-time reusability metric, he added, was calculated without factoring in the impact of regular hospital use."

Also today, "new research from the CDC shows that 25% of patients in Georgia hospitalized with COVID-19 did not have any underlying high-risk health conditions. The information comes from the Georgia Department of Public Health and CDC researchers who summarized hospital information from 8 hospitals in Georgia, and tracked 698 hospitalized patients throughout the month of March.

So of those requiring hospitalization, 83% were black, although they were <40% of the population.

Again, a huge problem with Kemp reopening Georgia prematurely is that (National Public Radio) many Georgians are returning to work despite ongoing fear about the virus because if they fail to do so, they risk losing unemployment benefits. This is a growing problem in Iowa and Texas, and likely will be in other states as well.

Again, noted above, Trump is wanting to shield plants and businesses from liability if their owner gets ill, but is not providing any safety measures for the employees at risk.

Strikingly, in the largest COVID-19 dataset, over 70% of the patients who died were men, meaning that men had almost 2.5 times the death rate of women. And interestingly, being male was a significant risk-factor for worse disease severity, regardless of age.

In the SARS dataset from 2003, the researchers found a similar trend, with a significantly higher mortality rate amongst males compared with females. Interestingly, levels of ACE2, the protein involved in the viral attack in both SARS and COVID-19, tends to be present in higher levels in men, and also patients with cardiovascular disease and diabetes, all of whom have worse outcomes in COVID-19.

"confirmed cases per million population varies widely, from 57 in China to 168 in Saudi Arabia to 2,732 in Italy.

Social habits, greater susceptibility, and superspreading events might play a role, as could response measures, the team wrote. For deaths, older age and lack of critical resources in overwhelmed health facilities may also be factors.

Without a single plausible explanation for the dramatic differences, home quarantine and isolation of vulnerable groups and strict measures implemented by many countries are justified to contain the pandemic, the authors concluded." https://www.sciencedirect.com/science/article/pii/S1477893920301794

Most intelligence agencies remain skeptical that conclusive evidence of a link to a lab can be found, and scientists who have studied the genetics of the coronavirus say that the overwhelming probability is that it leapt from animal to human in a nonlaboratory setting, as was the case with H.I.V., Ebola and SARS.

It was only a matter of time before I did one of these #sorrynotsorry pic.twitter.com/bMu23N4iFr 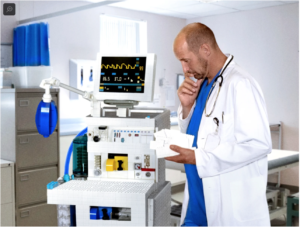 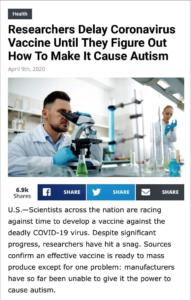 The National Emergency Library Is a Gift to Readers Everywhere

It’s reminiscent of the Council on Books in Wartime which commissioned Stephen Vincent Benét to write a play about the Nazi book burnings in Berlin, in 1933. On the ninth anniversary of the book burnings, in May, 1942, Benét’s “They Burned the Books” was broadcast on NBC radio. Toward the beginning, a narrator asks, “Why bother about books?”

This battle is not just a battle of lands,
A war of conquest, a balance-of-power war.
It is a battle for the mind of man,
Not only for his body. It will decide
What you, and you, and you, can think and say,
Plan, dream, and hope for in your inmost minds
For the next thousand years.
Decide whether man goes forward toward the light,
Stumbling and striving, clumsy—but a man!—
Or back to the dark ages, the dark gods,
The old barbaric forest that is fear. 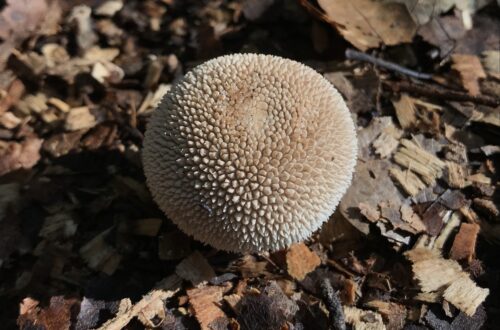 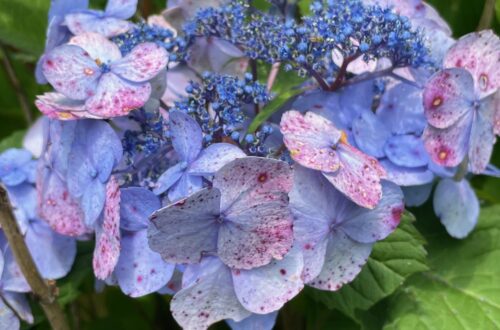 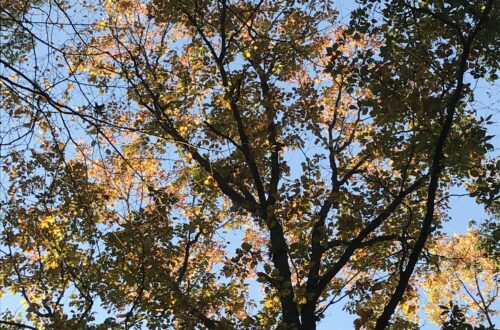