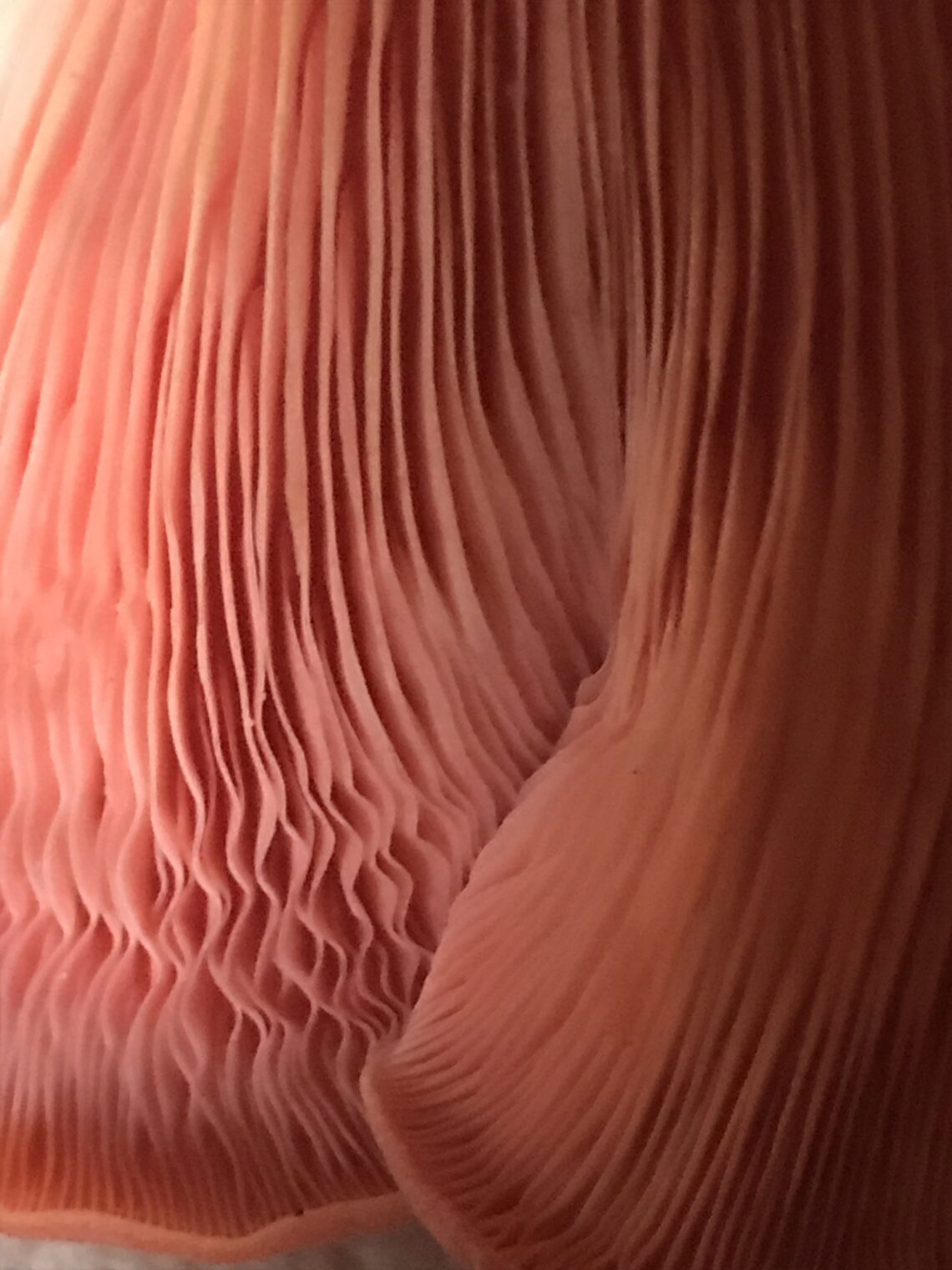 We’re coming up on the anniversary of the birth of my book, Resilience: One Family’s Story… 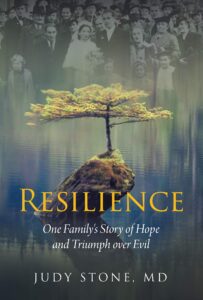 I began furiously writing it in 2016 because of the divisiveness and hate-mongering, as a warning to wear that would lead…and here we are, with unmistakable parallels to 1930s Germany and the rise of fascism.

In this final push before the election, please do everything you can to help people register, verify their registration, educate others, and find volunteers for poll workers and election judges.

We need a massive turnout if we are to have a prayer of overcoming the voter suppression.

Came in the middle of Erev Rosh Hashanah services… 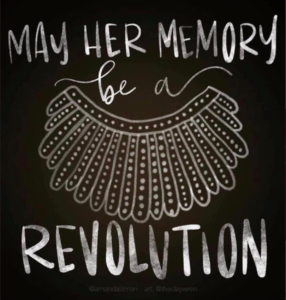 If you're feeling afraid, I understand. I've been afraid many many times under this administration, as recently as yesterday.

Tonight though, I don't feel fear and lines from Alice Walker keep popping in my head.

Hang in there, y'all. pic.twitter.com/HSUU0XH84X

CDC scientists didn’t write the virus testing guidance on its website last month, and it was published against their objections

Yet, CDC Director Robert Redfield, MD, asserted repeatedly during a hearing on Wednesday that the agency’s scientific integrity has not been compromised by pressure from the White House.

Redfield’s defense also came on the heels of reports that political appointees at HHS had tried to edit or delay publication of COVID-19 articles in the CDC’s Morbidity and Mortality Weekly Report.(Politico)

HHS’s lead spokesperson, Michael Caputo, took a leave of absence,after asserting that government scientists were engaging in “sedition”; Caputo also urged Trump supporters to “buy ammunition” because they could be in danger from Trump opponents. (NPR/New York Times)

Does Virus Dose or Load Predict How Sick You Get With COVID-19?

— Initial exposure, strength of virus infection both seen as contributors to illness severity

The USPS had a plan to send 5 reusable facemarks to every household in early April. Even had a press release ready.

The White House blocked the plan.

Fine in April but now crashing? Your 'surge capacity' might be depleted.

"Surge capacity is a collection of adaptive systems — mental & physical — that humans draw on for short-term survival in acutely stressful situations." @tarahaelle
via @melodyghttps://t.co/qvsKErWqk0

The WHO announced a worldwide COVID-19 vaccine distribution plan,

Trump is refusing to participate, not only hurting other countries with his brazen nationalism, but likely hurting the US if we need help.

Unseen Benefits of Eyeglasses Against COVID-19?

— Small Chinese study suggests “preliminary evidence” of protection, but with many caveats

— The Skeptical Cardiologist examines pulse oximeters labeled not for medical use

Globally, about one in seven COVID-19 cases are among healthcare workers,

according to a WHO report; the proportion reaches 35% in some countries. (The Hill)

More than 7,400 patients likely caught COVID-19 inside U.S. hospitals where they were being treated for other illnesses from mid-May to mid-July, according to an analysis from the Wall Street Journal.

The newspaper obtained previously unpublished data from the CDC for their analysis, noting that data from after mid-July were unavailable because the government stopped asking for it ~ ~ ~

First not true: they get sick

Maine wedding now linked to 7 deaths. None of them attended

We're in this together https://t.co/HFeJnOqmjT

I like this action list of stuff you can do NOW to prep for COVID-19 life in the winter. https://t.co/lTd8au9EyI (though I bet string lights are going to be so sold out…)

The Pennsylvania Supreme Court has extended PA’s mail ballot deadline, ordering ballots to be counted if counties receive them by mail by 5 pm Friday, Nov. 6 and either are postmarked by Election Day or have no evidence of being sent after it.https://t.co/8fLKI5gbhW

The court also says counties can receive mail ballots “at locations other than their office addresses including drop boxes,” rejecting an argument from Trump campaign and others that PA law requires mail ballots to only be mailed or delivered to county elections offices.

PA Supreme Court upholds the poll watcher residency requirement in state law: You can only be a poll watcher in your home county, not travel to other counties. Trump campaign and others had sought to allow people to be poll watchers anywhere in the state.

"Before the changes, the Postal Service routinely delivered more than 90% of first-class mail on time…

In crucial regions that could decide the election, on-time rates fell 20.4% in Northern Ohio; 19.1% in Detroit; and 17.9% in Central Pennsylvania."https://t.co/SAObtCvkag

Olivia Troye, who worked as homeland security, counterterrorism and coronavirus adviser to Vice President Pence for two years, said that the administration’s response cost lives and that she will vote for Democratic presidential nominee Joe Biden this fall because of her experience in the Trump White House.

Olivia Troye, Pence's former lead staffer on COVID task force (resigned two months ago), reports Trump's biggest concern about COVID was re-election and he said it's good COVID happened because he won't "have to shake hands with these disgusting people." pic.twitter.com/ALtT7xgaNW

Days after Michael Caputo accused CDC scientists of “sedition” against President Trump, top HHS communications official said he will take a 60-day medical leave of absence “to focus on his health and the well-being of his family.” (Politico)

Washington, D.C.-based Politico had a stellar week of healthcare scoops: uncovering Trump administration attempts to put words in NIAID Director Anthony Fauci’s mouth and meddle with a CDC scientific journal, and revealing ongoing tension between the heads of HHS and FDA. It also got advance access to a congressional report on CMS chief Seema Verma’s consulting contracts, whichPolitico itself had sparked.

Politico obtained emails that showed Paul Alexander, a senior adviser to HHS assistant secretary for public affairs Michael Caputo, weighed in on what Fauci should say during interviews with the press, on topics ranging from school reopenings to convalescent plasma.

Another report showed that CDC officials have increasingly allowed HHS communications aides to review studies being published inMorbidity & Mortality Weekly Report, and in some cases they compromised on wording. Political appointees in HHS complained that reports written by staff scientists would undermine the president’s optimistic messages about the outbreak.

Politico also found that HHS Secretary Alex Azar pressured FDA Commissioner Stephen Hahn to abandon efforts to regulate lab-developed tests, culminating in late August when HHS said the FDAwon’t require premarket review for such tests. “At some points the dispute was so intense that it boiled over into screaming matches between Azar and Hahn,” the news outlet reported.

Finally, Politico detailed results of a congressional investigation into how Verma spent more than $3.5 million on GOP-connected consultants. That included a “Girl’s Night” for nearly $3,000, almost $1,000 on an op-ed for Fox News, and more than $13,000 on promoting Verma to win awards and participate in high-profile panels. Politico first broke the story in March 2019.

Seriously? It's not just some hack doing it, it's the head of the CDC doing it personally?https://t.co/k4ywUeWTc9

There is an appalling ignorance about the Holocaust–many denying that it even occurred, or unaware of basic information.

I would like to do more Holocaust education. Please help spread the word about my book, “Resilience: One family’s story…,” availability to speak to book clubs, churches, schools, etc., and the book’s lessons of how kindness helped save some of our family.

We are headed down that same path.

Please do all you can to volunteer and work for change, and VOTE.

Someone did this for me when I was a broke waitress. Because of that 1 woman who paid for 1/2 of my groceries, I’ve paid it forward & done the same for people over the years. I hope they’ve done the same & so on & so on.
One simple act of kindness has impacted me 4 decades. ❤️ https://t.co/962OSvyssK

"Gently they go, the beautiful, the tender, the kind;
Quietly they go, the intelligent, the witty, the brave.
I know. But I do not approve. And I am not resigned." https://t.co/b2OIMgAFgM 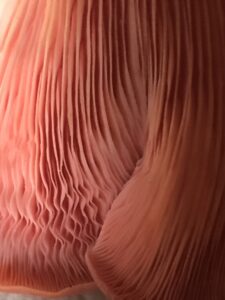 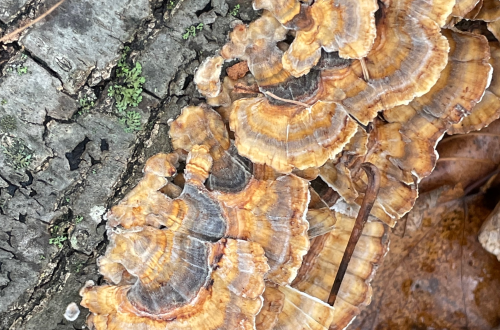 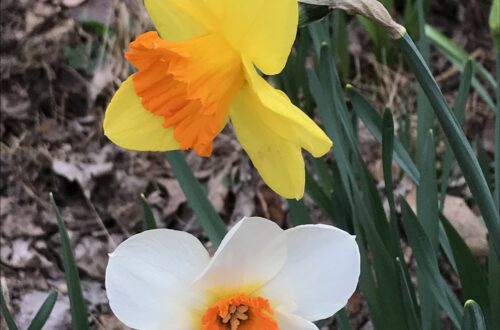 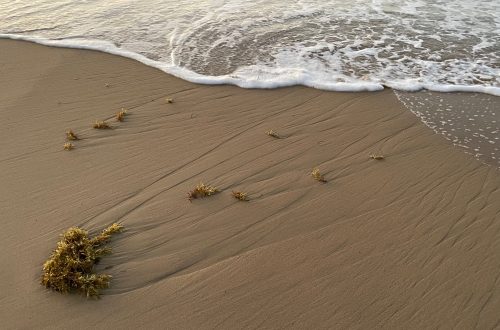