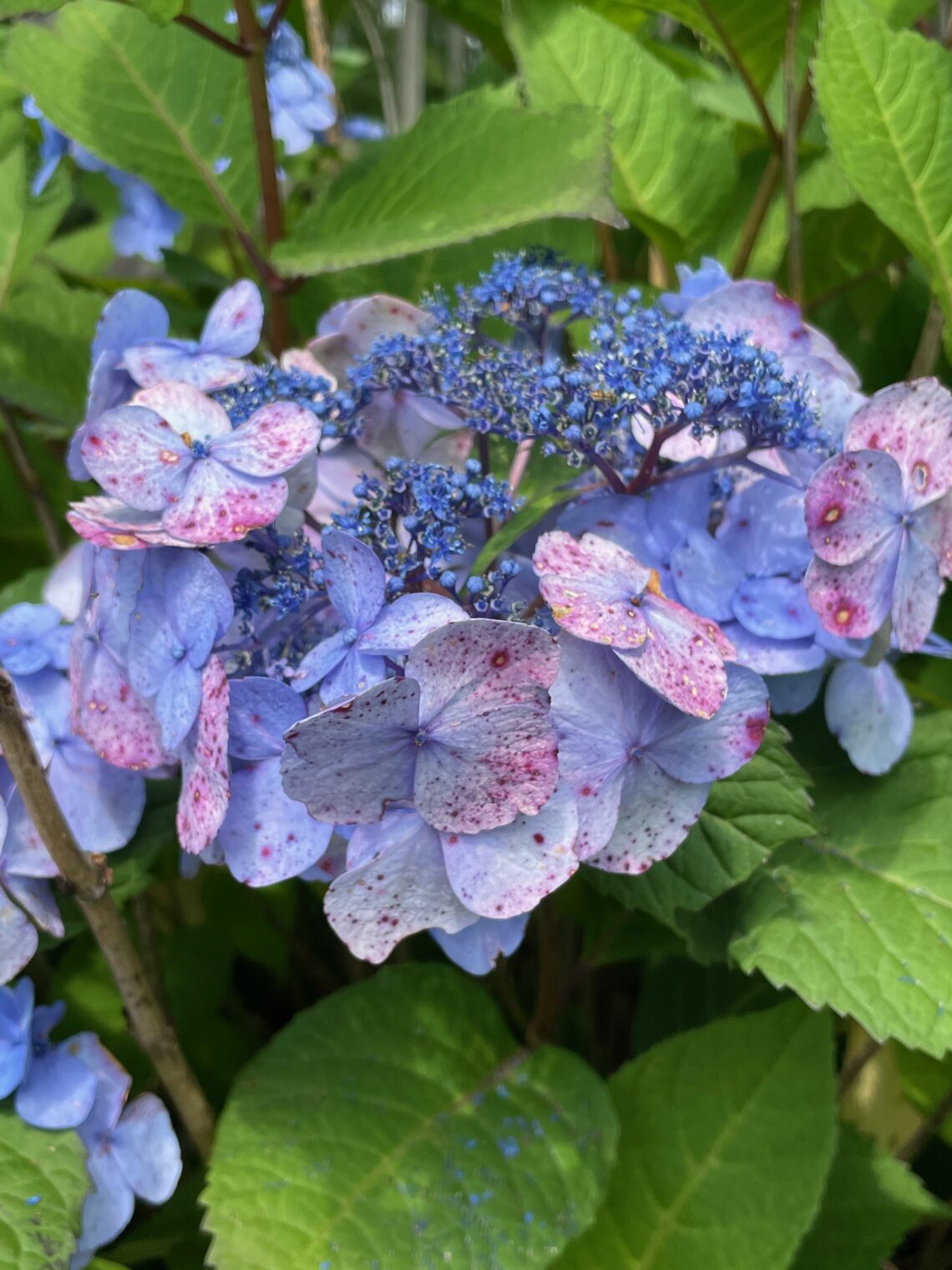 New post: CDC Reports #Burkholderia cepacia and B pseudomallei #Outbreaks - The #Melioidosis is especially intriguing because this bacteria is tropical, usually found in SE Asia. Why here, in 4 different states?  https://medscape.com/viewarticle/956548?src=soc_tw_share… via @medscape

The presence of wildfire smoke last year during the pandemic may have been responsible for at least 19,000 additional cases of COVID-19 on the West Coast, and 700 subsequent deaths, a new study shows. https://t.co/pix8NLGSgn

The world is nowhere near the end of the pandemic, says famed epidemiologist Larry Brilliant

Covid delta variant may be the most contagious virus we’ve seen: Epidemiologist

The pandemic is not coming to an end soon — given that only a small proportion of the world population has been vaccinated against Covid-19, a well-known epidemiologist told CNBC.

Dr. Larry Brilliant, an epidemiologist who was part of the World Health Organization’s team that helped eradicate smallpox, said the delta variant is “maybe the most contagious virus” ever.

In recent months, the U.S., India and China, as well as other countries in Europe, Africa and Asia have been grappling with a highly transmissible delta variant of the virus.

WHO declared Covid-19 a global pandemic last March — after the disease, which first emerged in China in late 2019, spread throughout the world.

The good news is that vaccines — particularly those using messenger RNA technology and the one by Johnson & Johnson — are holding up against the delta variant, Brilliant told CNBC’s “Squawk Box Asia” on Friday.

Still, only 15% of the world population has been vaccinated and more than 100 countries have inoculated less than 5% of their people, noted Brilliant.

“I think we’re closer to the beginning than we are to the end [of the pandemic], and that’s not because the variant that we’re looking at right now is going to last that long,” said Brilliant, who is now the founder and CEO of a pandemic response consultancy, Pandefense Advisory.

“Unless we vaccinate everyone in 200 plus countries, there will still be new variants,” he said, predicting that the coronavirus will eventually become a “forever virus” like influenza.

Brilliant said his models on the Covid outbreak in San Francisco and New York predict an “inverted V-shape epidemic curve.” That implies that infections increase very quickly, but would also decline rapidly, he explained.

If the prediction turns out be true, it means that the delta variant spreads so quickly that “it basically runs out of candidates” to infect, explained Brilliant.

There appears to be a similar pattern in the U.K. and India, where the spread of the delta variant has receded from recent highs.

Daily reported cases in the U.K. — on a seven-day moving average basis — fell from a peak of around 47,700 cases on July 21 to around 26,000 cases on Thursday, according to statistics compiled by online database Our World in Data.

In India, the seven-day moving average of daily reported cases has stayed below 50,000 since late June — far below the peak of more than 390,000 a day in May, the data showed.

But in addition to boosting vaccination in countries with a low inoculation rate, Brilliant said one group of people needs a booster shot “right away” — those who are 65 years and above, and were fully vaccinated more than six months ago but have a weakened immune system.

“It is this category of people that we’ve seen create multiple mutations when the virus goes through their body,” said the epidemiologist.

“So those people, I would say, should be given a third dose, a booster right away — as quickly as moving the vaccines to those countries that haven’t had a very high chance to buy them or have access to them. I consider those two things about equal,” he added.

... Only 29.27% of Japan’s population is fully vaccinated from COVID-19, the lowest percentage amongst the G7 countries.

Despite Japan’s difficulties in combatting the virus at home, Japan has become the leader of vaccine donations across Asia. On June 16, Vietnam received 1 million AstraZeneca vaccine doses produced in Japan . A week later, Vietnam received an additional 2 million doses of AstraZeneca, and Taiwan, Thailand, Malaysia, Indonesia, and the Philippines also received vaccines. Japan further donated a total of $14.8 million in medical equipment and $9.3 million in cold storage facilities to India. The country also recently announced the COVID-19 Crisis Response Emergency Support Loan for developing countries. Japan's government has made vaccine diplomacy a key component of its foreign policy and leadership strategy in Indochina. Despite the country's worsening pandemic situation, Japan has prioritized this policy of vaccine diplomacy because of the country's desire to strengthen its image as a humanitarian aid donor and to capitalize on China's failure to improve its global reputation.

Japan’s increasing vaccine deployment comes as a response to China’s shortcomings of its efforts to provide vaccines to other countries during the first half of 2021. In comparison to its Western counterparts, China's domestically produced Sinovac vaccine has proven to be largely ineffective. The deaths of ten Indonesian doctors after receiving the vaccine dented China’s public image and raised ethical concerns. Furthermore, under Beijing’s “Heath Silk Road”, a subset of the greater Belt and Road Initiative, China, despite its goals for global health diplomacy, saw decreases in consumer confidence following the release of vaccines before peer-reviewed clinical trial data became widely available.

Get the vax, Debra! pic.twitter.com/yWbjkczVn5

Vaccines work in a gif: COVID19 cases versus vaccination rates in US states through time.

Researchers say that with the highly transmissible delta variant at play, it might be time for a mask upgrade.😷

See the latest tips on how to seriously boost protection with the mask you wear 🔽https://t.co/4GNBMW83PL

Let’s start with observational data. Countries that introduced mandated masking within 30 days of the first case (mostly Asian) had *dramatically* fewer Covid-19 cases than those that delayed beyond 100 days (mostly Western). https://t.co/J6XOHm1iE0
2/ pic.twitter.com/YitQiYDvSZ

How many people get Covid from being in the hospital?

“Nearly a quarter of people who have died with Covid-19 in Wales were infected in hospital, figures have revealed. There have been 1,860 patient deaths up to May 1, 2021, where they ‘definitely’ or ‘probably’ caught it in hospital, test results showed.” https://t.co/IPS3ZkwLSO

The government has been conducting mass testing in Wuhan city. The Chinese city where COVID-19 was first detected is experiencing a resurgence of infections. According to China's National Health Commission, as of August 8, the overall tally of confirmed COVID-19 cases has reached 93,701 on Saturday. Of them, 87,492 patients had been cured and discharged from the hospital.

The U.S. Department of Agriculture said over a third of deer in the Midwest had antibodies, and researchers wonder how they were exposed.

SPRINGFIELD, IL - Forty percent of white-tailed deer across the Midwest are testing positive for COVID-19 antibodies, including deer in Illinois, according to a recent study by the U.S. Department of Agriculture.

Eric Schauber, a biologist at the University of Illinois Urbana-Champaign, told WCIS in Springfield that 7 percent of deer tested in Illinois had the antibodies.

Researchers with the USDA also tested deer in several other states and found that 67 percent in Michigan had been exposed to coronavirus, along with 44 percent in Pennsylvania and 31 percent in New York. While there's a possibility the animals could harbor a new strain of coronavirus, biologists from the USDA said more research is needed to see if they could spawn future outbreaks.

How do vaccinated people spread Delta? What the science says

Emerging data suggest that Delta could spread more readily than other coronavirus variants among people vaccinated against COVID-19. But key questions remain.

When early field data showed that vaccinating people cuts transmission of the SARS-CoV-2 virus, researchers were cautiously optimistic. But they warned that many of those studies, although promising, took place before the fast-spreading Delta variant proliferated worldwide. Now, reports from various countries seem to confirm what scientists feared after the variant tore through India with alarming speed in April and May: Delta is more likely than other variants to spread through vaccinated people.

Data from COVID-19 tests in the United States, the United Kingdom and Singapore are showing that vaccinated people who become infected with Delta SARS-CoV-2 can carry as much virus in their nose as do unvaccinated people. This means that despite the protection offered by vaccines, a proportion of vaccinated people can pass on Delta, possibly aiding its rise.

“People who have a Delta virus and happen to have ‘breakthrough’ infections can carry these really high levels of virus, and can unwittingly spread the virus to others,” says David O’Connor, a virologist at the University of Wisconsin–Madison.

The findings underscore the importance of protective measures such as wearing masks indoors to reduce transmission. Researchers stress that COVID-19 vaccines are protective against serious illness and death, but the data on Delta transmission show that “people who are vaccinated still need to take precautions”, O’Connor says.

Yes, the comparison is unfair: ideally, we'd include the subnational units of other (large) countries too

Even so, several states (e.g. Florida, Texas) are more populous than most countries on this list.

And the national picture isn't pretty either: see the recent spikes below. pic.twitter.com/50bHnsCRe6

This new piece in @TheLancet appropriately proposes that we must seek to better understand the features of viruses that determine their kappas if we are to most effectively control disease spread during this and future pandemics. https://t.co/XpRh50Lu2g 18/

Dallas, Houston, Austin and now Fort Worth are defying Governor Abbott's ban on mask requirements in schools. San Antonio is suing the state. Every major city in Texas is refusing to implement the governor's executive order. https://t.co/KbFwTZX9jA

FUN FACT: @tedcruz’s kids go to a $30K/year private school where students are REQUIRED to wear masks and the school does contact tracing.

Will he pull his kids out of this oppressive establishment? pic.twitter.com/eUYBnOZf9x

We can't figure out how to properly fund schools or keep chemicals out of our rivers, but a new way to kill people? That we can do, apparently. https://t.co/YifG8XdQgT

BREAKING: Rand Paul revealed that his wife bought stock in Gilead Sciences — which makes remdesivir — on Feb. 26, 2020, before the threat from covid-19 was fully understood by the public and before it was classified as a pandemic by the WHO https://t.co/GfUTaRgOHj

BREAKING: Governor DeSantis’ office is threatening to withhold salaries of superintendents and school board members who implement mask mandates.

Also, monoclonal antibodies have a MUCH worse side effect profile.
This is, I’m sorry to say, stupid. Just vaccinate people, Ron. https://t.co/6V3VmnY7qY

White House said today that Florida has not distributed any of the money set aside for the state in the American Rescue Plan to help schools reopen safely.

The parking lot after a school board meeting last night in Franklin, the wealthiest place in Tennessee. Parents harassed medical professionals who had spoken in favor of masks in schools. “We know who you are. You can leave freely, but we will find you.” pic.twitter.com/SzR0uvMeE7

Play the fiddle and fly to Cancun. pic.twitter.com/RObeg6q8Jb

One of my children just came out as nonbinary,

and my mom—a 70-something Mormon gramma on oxygen—carefully wrote down my kid’s new name so she wouldn’t forget it.

At the Olympics, Jamaican hurdler @ParchmentHansle accidentally showed up to the wrong venue for his race.

A young woman gave him taxi money to get to the right stadium.

Then, he tracked down the woman to say thank you.

One more thought for the road. pic.twitter.com/yIiUmTQgnL

it’s time to come back
from the dark,
it’s morning,
the hills are pink
and the roses
whatever they felt

in the valley of night
are opening now
their soft dresses,
their leaves

Precious memory with a precious subject. The #CentralPark barred #owl looking at her reflection. She was special not just bc she was rare and beautiful, but also bc she had so much personality—and permitted us to see that personality. RIP Barry. #birdcpp #bird #nature #wildlife pic.twitter.com/72zEa0jpgM 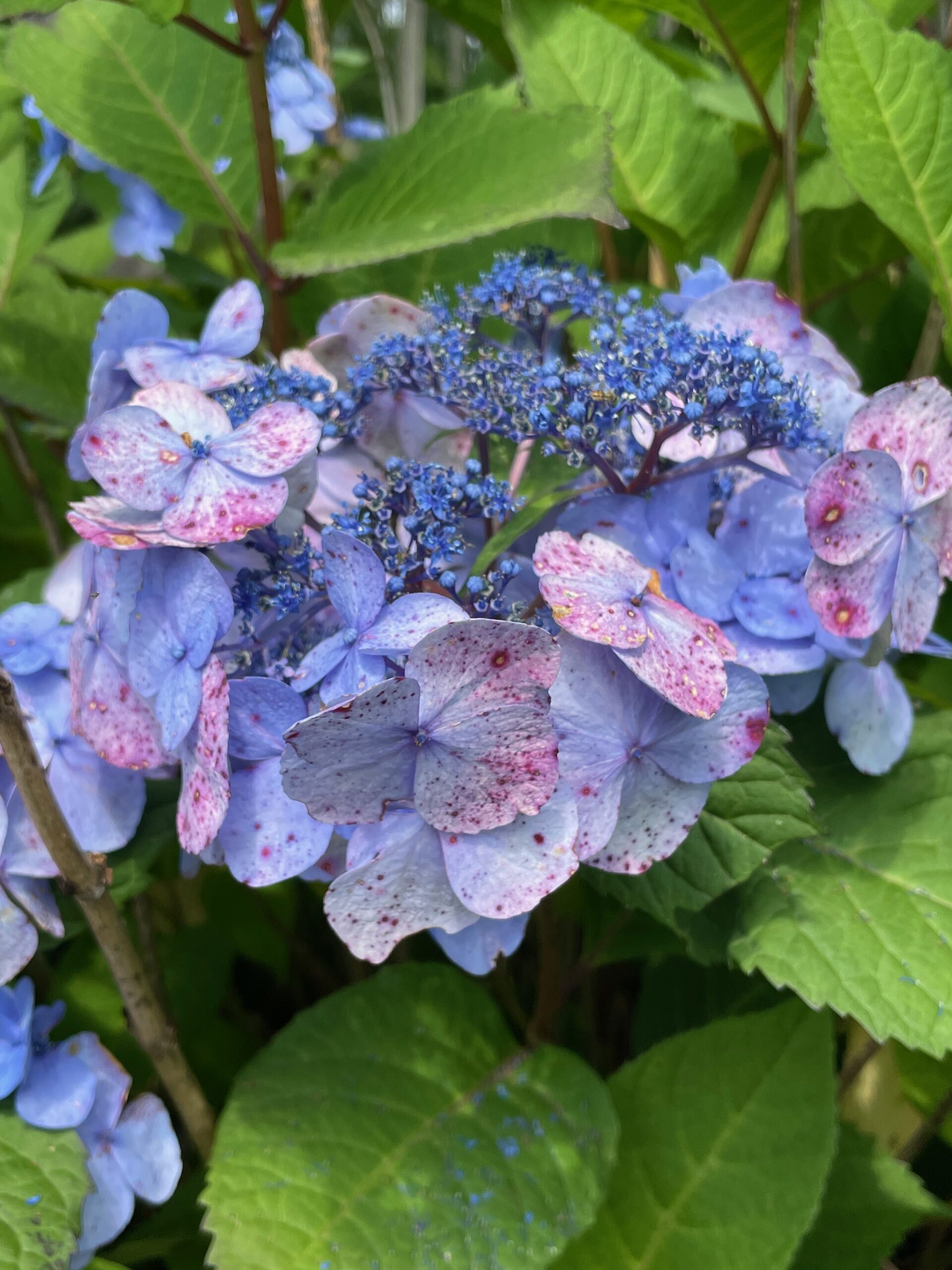 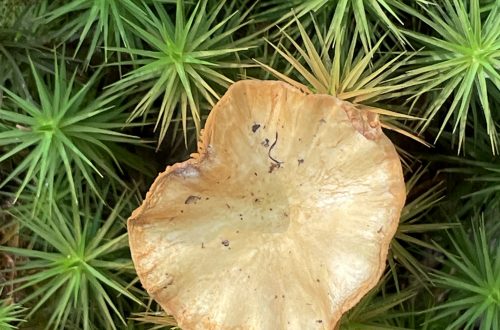 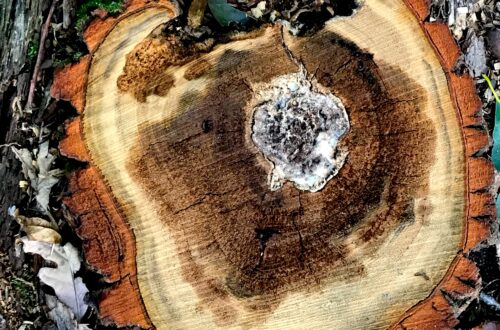 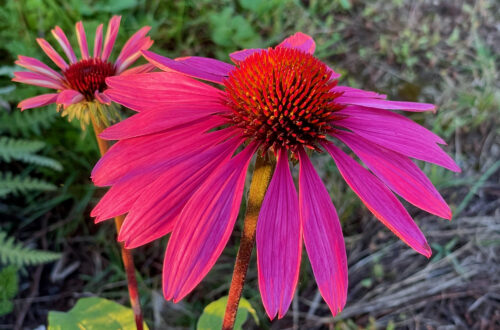